Last night, at the American premiere of Black over Red (My dialogue with Rothko), I think I heard the music of the spheres. Presented by the Menil Collection and Dance Salad Festival in the main foyer of the Menil, Black over Red pushes against unseen barriers and struggles with imaginary demons only artists will recognize in a combination of movement and sound that is, quite remarkably, celestial.

Choreographed by Carolyn Carlson, Black over Red is a solo dance with a spare props—small tables, one large table, painter’s gloves, and the material on the dancer herself, Paris Opera Ballet’s Marie-Agnès Gillot, who pulled fabric across her shoulders to transform into a flying creature at one point. The work, as the program noted, is designed to vibrate with Mark Rothko’s creations and the true nature of being. If there is a narrative, it is the agonizing process the artist faces when creating something profound—slamming, throwing, casting, jolting, veering from despair to exuberance.

I don’t often see chamber alliances—the intuitive nods between string quartet members, the subtle gestures of two singers in a duet—like the one Gillot and Jean-Paul Dessy shared. The music, composed and performed by Dessy, is a mixture of recorded and live sounds, some of which border so closely on improvisation it seemed Dessy was taking cues from Gillot’s fingertips. Opening with rolling arpeggios on the cello, a twentieth-century renewal of Bach’s unaccompanied suites, Dessy soon shifted the aural environment into pulsing, poetic territory. Text, from Carlson’s book Dialogue avec Rothko, dialogued with birdcalls and whistling.

It is a work that, in the moment but for many hours after, will compel you to wonder how to conceive of something so abstract yet unequivocally tangible. Earlier in the day, I had finished reading J. M. Coetzee’s novel The Schooldays of Jesus, a similarly abstract work with deceptively simple prose. In the story, a six-year-old boy decides to attend a dance academy rather than receive a traditional education. His parents are concerned when they hear he is learning arithmetic, reading, and writing through dance. But the boy, exasperated, keeps explaining his dance of two, three, and seven; how he listens to the patterns in the room and calls down the numbers from the sky through his movements—it’s the music of the spheres, he tells them, what could be simpler than that?

The music of the spheres, a theory Pythagoras devised, is the idea that the planets emit sounds as they travel particular to their course in the universe—the sun, the moon, the stars. By tying music to mathematics, science, and philosophy, Pythagoras crafted a way to mediate heightened human emotion and existence. And this, I think, is also perhaps the best way to conceive of Black over Red: something that, sliding in and out of worlds, says everything but is itself an unknown; a concert of vibrant colors and words; a way to call down the numbers from the sky.

View all posts by Sydney Boyd

This site uses Akismet to reduce spam. Learn how your comment data is processed.

Sydney Boyd is a writer, teacher, critic, and scholar in Washington, D.C. She holds a Ph.D. in English from Rice University and degrees in music and English from the University of Idaho. She studies how music shapes narrative temporalities in 20th-century literature and occasionally returns to her origins as a violinist. 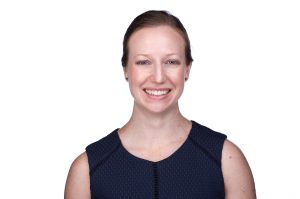