One week ago in Los Angeles, Meredith Monk’s opera ATLAS opened at the LA Phil. It transcended place to isolate humanity at its root using the globe you see here as a means to access both physical space and inner consciousness–a multiplicity of worlds in sight and sound. I’ve been waiting to see this opera for decades and am so thrilled Yuval Sharon took it on, and I openly confess that when Meredith came out for the curtain call, I cried.

Tenor Riccardo Massi stole the show at the Washington National Opera last night as Mario Cavaradossi in Puccini’s Tosca. He was a stunner in tone, technicality, and theatrical flair. In contrast, it was difficult to say whether Speranza Scappucci’s lead conducting or soprano Keri Alkema’s heavy timbre (in the title role) made for the sluggish tempos that plagued throughout.

But the set, a classic Italian Catholic period piece that Seattle Opera provided, was the real yawner. The future of opera cannot be these sets. Give me Robert Wilson’s hues–for that matter, give me anything in Germany, France, or the Netherlands that know how to bring opera war horses into the twenty-first century with intuitive design, lighting, and inspiration that moves beyond the literal. It’s a central reason why opera feels old to the younger generation and perhaps also why critics have hailed the art form long dead.

In contrast to the dull, dusty contours someone imagined was period-appropriate Catholic Italy, the end of the first act threw me satisfyingly against the back of my velvet seat. The cathedral set rolled up into the eaves, and the chorus took the stage shining in white light against a simple black backdrop. Leave your marble pillars behind. Bring on the architecture of now. 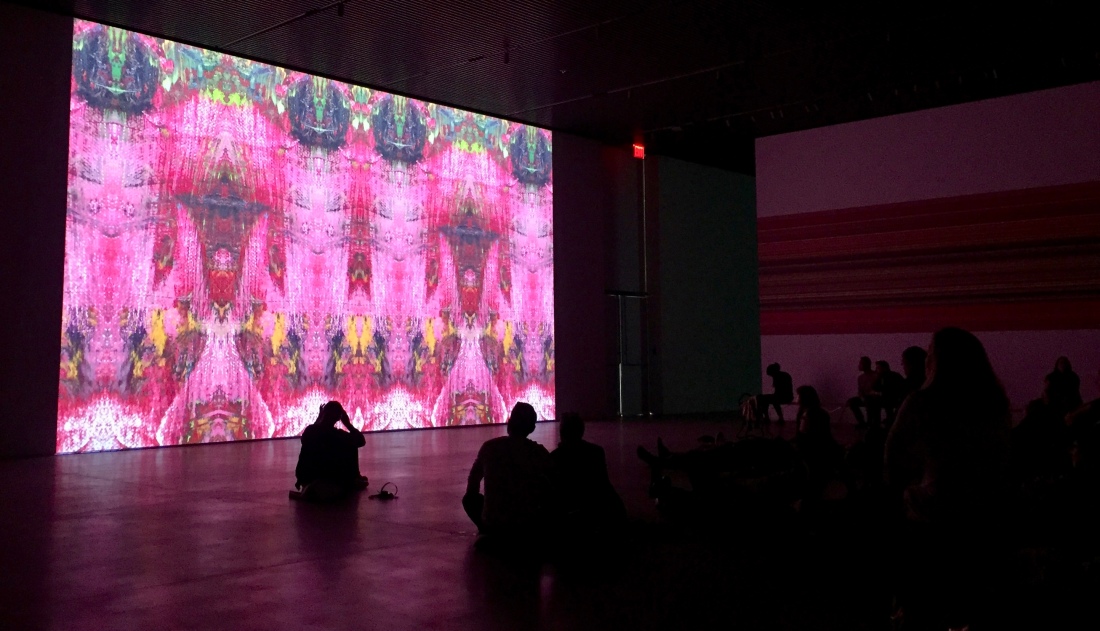 I caught the 3pm performance at The Shed with The Choir of Trinity Wall Street and Ensemble Signal (Jerry Hou conducting). A mesmerizing conception of the art gallery.

The Hudson Yards complex, however, lives up to the “ultra-capitalist Forbidden city” distinction Hamilton Nolan outlines in The Guardian.

How much does a soundtrack really affect our perception of movement? Halfway through a performance last night at the Brooklyn Academy of Music of Venezuela, a dance by Batsheva Dance Company’s House Choreographer Ohad Naharin, dancers put that question dramatically forward for contemplation.

The curtain opens on a group of dancers center stage dressed variously in black walking slowly away from the audience. A series of Gregorian chants accompany them as they eventually break apart. The chants continue, sweeping solemnity across scenes of aggressive skipping and hard movements–almost punches from various limbs–as well as some spellbinding ballroom dancing and mesmerizing pairings like when female dancers settle on the backs of male dancers and ride them, dragging their feet and conjuring images of sand dunes and camels. At one point, the dancers form a line behind two male dancers who begin rapping the lyrics to Notorious B.I.G.’s “Dead Wrong,” which are strikingly violent but especially so when instead of B.I.G’s catchy beat repeating a half-step up and down, it’s a ceremonial monophonic chorus holding down the foundation for phrases like “Jacked her then I asked her who’s the man, she said ‘B-I-G’ then I busted her in the E-Y-E.” The juxtaposition was harsh, almost shocking, each abusive phrase starkly on display.

At the midway point of the hour-and-twenty-minute performance, the chant runs higher in volume until it reaches a steady buzz, the lights drop, and when they come up again it is as if the dancers cast a time loop spell. Every movement (with small exceptions, including some new color on flag canvases that dancers snap and throw) is the same, but the soundtrack might as well be from another universe. Instead of anonymous chants from from the 9th century, it’s electronic, power noise work like Scott Sturgis’ “Coma,” heavy, angry metal like Rage Against the Machine’s “Bullet in the Head” and “Mirage,” an Arabic trap mix from Biz. This time, when dancers rap “Dead Wrong,” B.I.G.’s real beats are pulsing around the vulnerable line of dancers.

But in the jarring chasm separating power noise from Gregorian chants, there appears Olafur Arnalds’ “The Wait,” a slow exploration of string instruments in sweet harmony that, settled between these two opposing realms, will make you weep.

The difference of sound–and the radical emotion elicited by the shift–underlines how  repetition of movement is never really a duplicate, but rather a recitation of thought and a profound statement about the subtle fluctuations that govern everyday life. On arriving in the second half, the connection between dancers’ movements became salient–one body was never without a vibrating thread pulling it to another–and slowly, the realization emerges that has been true all along.

If rehearsals last week were any indication, this performance of Beckett’s radio play, set to the score by Morton Feldman, will sound just the kind of earnest endeavoring that runs through all things Beckett and Feldman. I’ve been in conversation with Christina Keefe about it since June last year–the decay of Words and the role Music plays in grappling with its diminishing meaning–and it will be a delight to hear its culmination.

Calling opera and literary scholars alike to join in conversation at the 2020 MLA Convention! Deadline is March 15.

We invite papers on operatic production elements intervening between voice, body, and audience: sets (as platforms/obstacles); subtitles; and technological mediations, such as videos, podcasts, and webcasts (commercial/pirated/viral). 250-word abstracts.

It’s been a week since John Luther Adams’ Inuksuit graced the live oak grove at Rice University on February 16. It was an ethereal performance, otherworldly in its focus on the natural beauty around us every day that we often forget to see and listen to, thanks to the incredibly talented and kind direction of Doug Perkins, the dauntless production guidance of Brandon Bell, and the visionary landscape design by Falon Mihalic, as well as 42 inspired percussionists.

You can watch a short summary of it here.

Joining Group 1 as a performer, I got a quick conch and triangle lesson from Doug  in the Zaza Hotel parking lot on Friday (I remained quite a bad conch player with only myself to blame). At the early morning rehearsal on Saturday in Gladu Band Hall, I got my first taste of the fullness that is Inuksuit–it moves from shiveringly quiet to shakingly loud and back again in pyramids of rhythmic waves (a patterned score of time that I drew on my forearm in case I forgot anything while standing under the trees later).

The performance later in the day welcomed a warm community of listeners, thoughtful and joyful. My heartfelt thanks to everyone who made it happen. 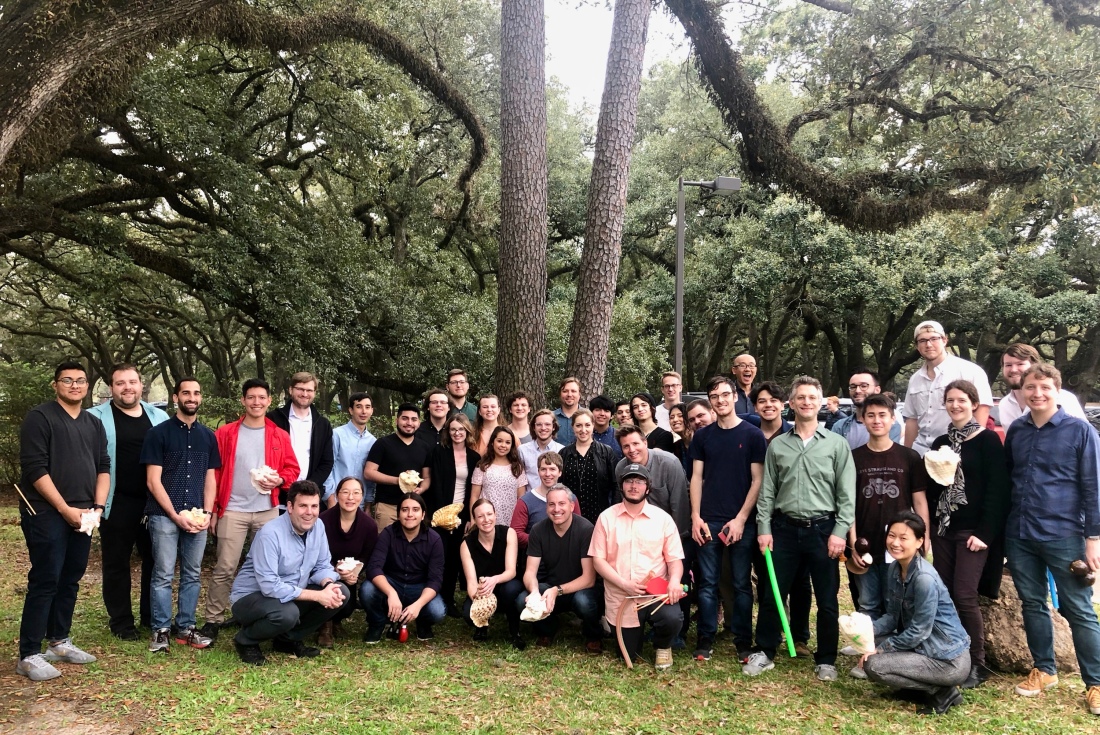 Sydney Boyd is a teacher, critic, and scholar in Washington, D.C. She holds a Ph.D. in English from Rice University and degrees in music and English from the University of Idaho. She studies how music shapes narrative temporalities in 20th-century literature and occasionally returns to her origins as a violinist.

Girl at the Opera
Blog at WordPress.com.